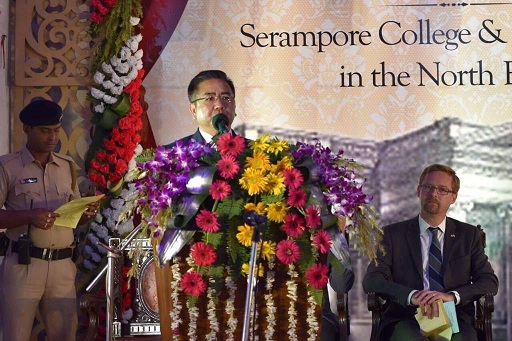 Greetings to all those who have studied and worked in this historic Serampore College. Many who spent part of their lives on the beautiful campus of the college have left this world. It is because of them that Serampore College is what it is now. My greetings also go to all those who support this College in various ways. It is only because of your continued support that this college can go on imparting education to various sections of the society from generation to generation. Serampore College stands as a living witness to the possibility of harmonious living together among people from different cultural, linguistic, regional and religious backgrounds. Here, we always maintain the multi-cultural character of our great Indian nation. We want to carry on the mission and fulfill the vision of the Founders: William Carey, Joshua Marshman and William Ward. There is no higher satisfaction than to hear, know and meet those who have studied here and now leading successful lives and careers in various fields.